Every part of our city is changing – you can see it in the high-rise boom, the congestion and the frantic pace of infrastructure development across Greater Sydney.

But some of the transformations are not as obvious, despite having long-lasting and significant impacts.

One of those changes that has impacted the east significantly, and will continue to have an effect, is the demographic shift currently underway. Simply, the population of the eastern suburbs today is not the same as it was five years ago. And this is impacting property prices, the way the area will be planned in the future and the services that will be on offer.

The east has always been known for being home to big names, in business, entertainment, entrepreneurship and professional services. And indeed, the eastern suburbs, as a region, has the lowest unemployment rate for any area in Sydney.

But it’s also seeing far fewer full-time employees moving into the area compared to the growing hubs out west, such as Parramatta, Australian Bureau of Statistics data shows. In fact, there has been a decline in workers in the east and other higher priced locations from 2015 to 2016. This is building on a longer-term trend.

This is partly because many new jobs are being offered out in the western hubs, attracting large swathes of our growing population. And it’s also because older Australians, including retirees, are downsizing and moving into the luxury apartments now on offer in the eastern suburbs. We’re also seeing those moving into retirement age staying within the area, and families who want to move into the east needing to compete to buy a home or consider suburbs further away. Our region is ageing, and our planners have already noticed it, focusing heavily on the health hub around Randwick that – a drawcard for retirees.

This is a shift that happens over time, but for those at auctions on the weekends, attending open homes and speaking to buyers and sellers regularly, it’s noticeable. One thing is becoming clear – as the city sprawls west, with the upcoming creation of Badgerys Creek airport, the east is becoming more exclusive than ever before.

CoreLogic’s Best of the Best 2016 report is evidence of this effect. Point Piper once again had the highest median value in the country, at $6,629,180. Another three suburbs in the Woollahra LGA, Darling Point, Vaucluse and Bellevue Hill made the top four most expensive suburbs in New South Wales for houses. Apartments in Darling Point were also found to be a capital growth hotspot, up 27.4 per cent in 12 months on CoreLogic data. And the high prices aren’t just limited to buyers and sellers.

Waverley and Woollahra LGAs were also revealed as some of the most exclusive areas to rent in. For houses, Tamarama, Vaucluse, Rose Bay and Bellevue Hill topped the list with rents at $1,600 a week plus.

All of this points to a tale of two cities – the growing western suburbs, where prices are lower and more accessible to average working class families, and the blue-chip east, where the million-dollar median was the headline years ago. The west will be the recipient of significant population growth and high-rise construction, while the east will remain an education, health and lifestyle hotspot.

This could translate into a higher proportion of wealthy retirees buying up high-quality apartments, or multi-generational families living in homes. It could also see the trend towards subdivisions continue and growth in the high-income rentvestor, who perhaps owns an investment portfolio in the south and west and is looking to rent a prestige property in the east.

For those looking to buy-in now, it’s likely the geographical divide in Greater Sydney will continue to become more obvious. But we’re also going to see it clearly portrayed in the statistics.

With the release of the Census data later this year, we’ll have a clearer picture of exactly how the eastern suburbs’ residents have changed in the past four years.

What we’ll be left guessing, however, is how it will change again in the future. 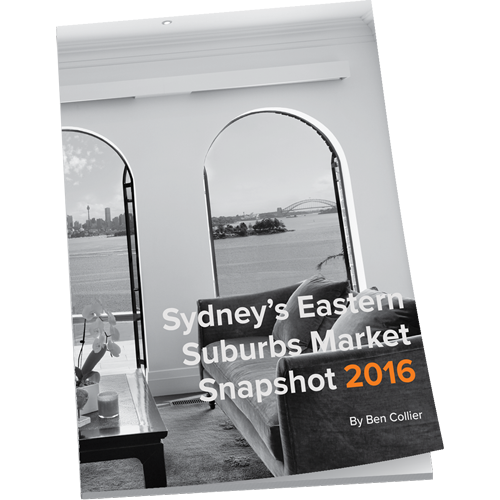 New Strata Laws: What Homeowners And Tenants Need To Know

New Strata Laws: What Homeowners And Tenants Need To Know
Wondering what your property is worth? Find out here